Why can a helicopter even fly? Part 5 - Tail rotor

This is the 5th part of the series "Why can a helicopter fly at all?" If you want to read in order, here are the previous parts:

Part 5: Completely turned away - what a tail rotor is good for

Experiment 6: Who turns a colleague away ... turns away himself.

Imagine you are back in a typical office swivel chair with castors with your feet off the floor. This time you don't want to push your colleague, who is also sitting next to you on such a chair, away, but turn away. You will probably be able to turn it, but you will also turn yourself, in the opposite direction. Because of the reaction principle, the rotation was thrown back about halfway back at you if you are both equally heavy. The force with which an object wants or should rotate can be measured and is called torque. This term generally causes confusion among non-technicians, as we only know the word “moment” from the context of “time” and as a synonym for “moment”. “This is the moment when the frog runs into the water”. Torque, on the other hand, is a force that does not push in one direction, but rotates in one direction.

But now back to the moment when the helicopter lifts off the ground: The airframe dangles from the main rotor - which is turning. And it turns because the cell drives it. So you are the cell in the office chair experiment and you still have your runners on the floor and the main rotor of your colleague from experiment 6. You lift the runners off the floor. The cell would turn itself away in the other direction. In fact, every helicopter would spin wildly around its own vertical axis if it weren't for torque compensation, which is found in most helicopters in the form of a tail rotor. The tail rotor presses against it with the same force so that the cell does not turn away. Because the tail rotor is slightly smaller, it is somewhat strengthened by the long tail boom - the lever arm. 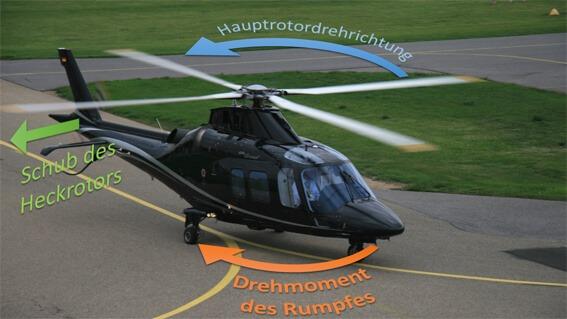 Figure 14: Rotations around the vertical axis and torque compensation

It also works without a tail rotor

Have you ever seen a helicopter without a tail rotor? You don't have to buy glasses: there are other designs besides the tail rotor to compensate for the torque of the main rotor, such as the Fenestron system (probably derived from the word “window” in which the rotor runs) in which the tail rotor runs is housed in a housing. The advantages of this system are that it is a bit quieter than conventional tail rotors and the risk of injury is considerably lower. Because the tail rotor is so small, it has to turn very quickly to generate the necessary thrust. Therefore it is very difficult to see with the human eye. The rear area of ​​a helicopter is therefore the “forbidden zone” for everyone. Terrible accidents occur again and again because people run into the tail rotor, even very experienced staff and pilots in handling it. For this reason nobody is allowed to leave my helicopter while something is still turning. Unless there are ground staff who are watching you and holding you up with an electric shocker, you should make your way towards the tail rotor despite clear safety instructions. Small joke. Disadvantages of the Fenestron system are its cost and weight. The picture below shows a size comparison. 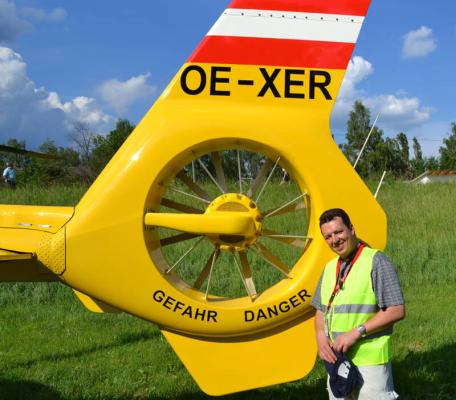 Another alternative that should be briefly mentioned here are NOTAR systems. The term “NOTAR” is nothing really scientific and of course has nothing to do with notaries. It is just the abbreviation for the English "no tail rotor". There are also types of helicopter that do not need any torque compensation because they do not generate any torque from the outset that would have to be compensated. These include helicopters with a coaxial or tandem arrangement. These helicopters usually have two rotors that rotate in different directions and thus largely compensate for the torque of the other rotor. Most helicopters have only one main rotor and therefore need torque compensation.

In the next and last part:

You can find the last part of the series here: Why can a helicopter fly at all part 6