Welcome and have fun exploring our range of helicopter sightseeing flights and helicopter flying yourself. You can find reviews of our customers in the Customer Reviews. Answers to frequently asked questions can be found at typical questions. If something is still unclear about your helicopter flight, we would be happy to help you personally. By phone at 0800-90-900-51 or by Email.

Note: Single tickets are always filled in groups of 3 or 5. Alternatives under “private flights”.

Christmas is just around the corner and with it the question “What am I giving for free? He already has everything! ”. The answer is clear: things pass and become normal - great experiences are remembered for a lifetime. So give away a helicopter flight - either directly to one of ours 100 locations , or Value Voucher. The recipient then has at least 3 full years to make the appointment themselves. Read herewhat our customers said after their flights. We have general information on the subject of “giving away” . put together for you.

Information on departure location, dates and helicopters in use

Robinson R44 - currently the best-selling helicopter worldwide. Space for pilot + 3 passengers, all have a window seat. We have one about this helityp Blog post written. 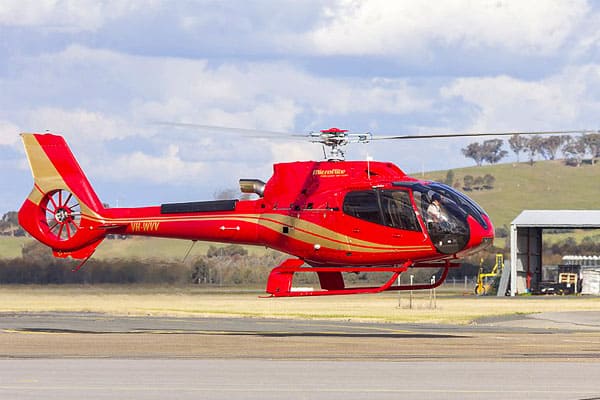 The Eurocpoter EC130 helicopter is a helicopter from the Franco-German manufacturer Airbus Helicopters with space for the pilot and 6 passengers (2 in front next to the pilot and 4 in the back). It has a turbine drive and was renamed "H2014" at the beginning of 130.

I want to book a helicopter tour!

In 4 easy steps to the dream helicopter flight experience

You buy a ticket for the desired sightseeing flight

The ticket is transferable and can given away will

The ticket holder registers online for one Date an

Be there in time. Have fun and FLYING!

Did you know? Interesting stuff from the helicopter blog

Why can a helicopter fly at all? Part 2

This part is the second part - it might be useful to read the first part first. You can find it here: Part 1: Introduction Part 2: Bernoulli, pressures, buoyancy in detail This chapter deals with the basic physical principles. Of course, if you're interested in physics in general, you should read it through. If you were at war with physics lessons at school, you should [...]

During our sightseeing flights, I like to set the radio in our helicopter so that my passengers can listen to the radio through headphones - for most of them it's an exciting experience. When else do you have the opportunity to experience first-hand these frequencies that normal kitchen radio can no longer receive. Despite whiskey zero per mille On a flight, I wanted my passengers to have a so-called control zone of [...]

As a helicopter pilot, I'm often asked on sightseeing flights whether I have to register somewhere if I start a sightseeing flight in Jesenwang with the helicopter? This question can usually not be answered in monosyllables. Most passengers only know flying from the vacation plane. This usually starts from larger airports such as Munich or Frankfurt and not on a small Flupgplatz such as near the small town of Jesenwang near [...]

Vienna on the Danube is the capital Austria and with almost 2 million inhabitants it is home to almost a fifth of Austria's population. In the greater Vienna area, the population even goes up to 2,8 million - almost a third of Austria. Vienna is located on the eastern edge of the Alps, at the transition to the foothills of the Alps in the east, the Pannonian Plain directs. The city center extends over the plain on the Danube, the western districts of the Vienna woods, the easternmost mountain group in the Northern Alps. Only a relatively small proportion of the Vienna city area is built on. About half of Vienna is grassland, larger parts are also used for agriculture.

After booking on this page you can get one together with your ticket Helicopter sightseeing flight appointment for the Bad Vöslau airfield.

We wish a lot of fun
Your Heliflieger-Team