It's the insider tip for helicopter fans who prefer to stay on the ground for the time being: our flight simulator in Haar near Munich. Get into the original cockpit of a former Bell UH-1, the legendary Vietnam helicopter, known from numerous films and TV series.

Such a realistic flight with the simulator is also ideal as a Gift Idea. It is also suitable for all those who are interested in a real helicopter flight, but want to slowly approach the subject in the simulator. 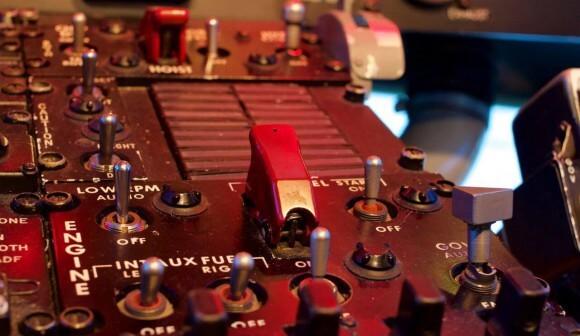 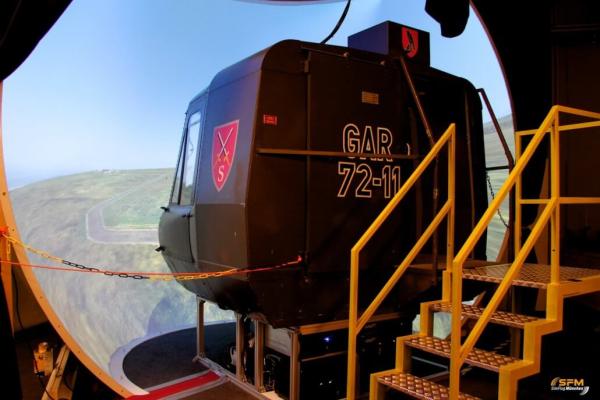 Ready for your flight simulator adventure?

How to reach the Bell UH-1 flight simulator

Cult helicopters fly in the simulator 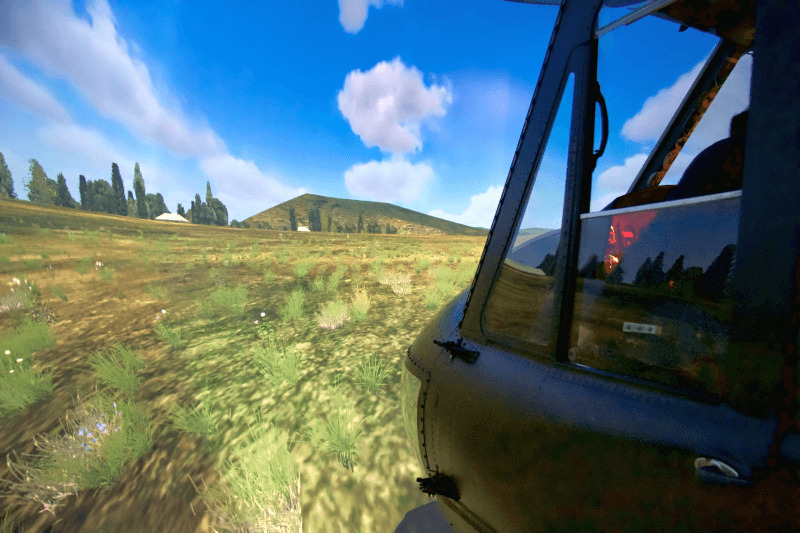 You have probably already seen one of the helicopters as we have faithfully reproduced them for our simulator. The Bell UH-1D is known worldwide under the name Huey and was also used by the German Armed Forces. The Bell flew its mission in the Vietnam War, which is why it appears in numerous documentaries and films about the events of the time. The light transport and rescue helicopter (Search & Rescue helicopter, SAR for short) is also known and popular thanks to the series “Die Rettungsflieger”, which takes place in Hamburg. In the TV series, the Bell UH-1D is not called Huey, but is lovingly called Anneliese.

Because of the haunting rotor noises of the helicopter, it can be heard and identified from a distance. In our flight simulator, too, you will hear the typical Bell tapping, which has also earned it the nickname “Carpet Beater”.

Here are some data about our Bell UH-1D flight simulator:

Our flight simulator is the ideal environment to approach a flight in a real helicopter. Because you take a seat in an original cabin of a former Bell UH-1D. There is enough space in the simulator for a helicopter pilot and a fellow flyer (for a surcharge).

One of our professional pilots and flight instructors will give you technical and practical training and look after you during take-off and landing. During the flight simulation, you have the controls and the original controls in hand. The instruments work authentically and the controls using pitch, stick and pedals convey a realistic feeling of flight. Your flight route is projected onto a dome with a field of view of 210 ° horizontally and four meters vertically. After a short flight time, the flight simulator and reality merge and you have the feeling of really flying. 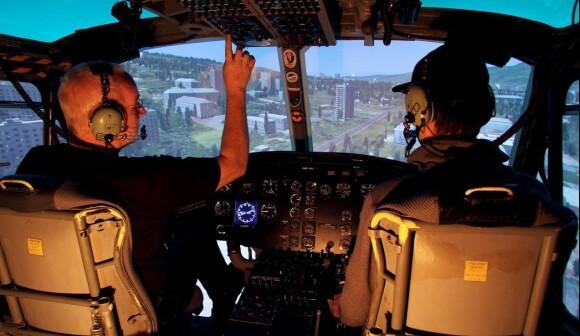 If you got a taste for the flight simulator, you can next take a sightseeing flight in a real helicopter or, with our support, one Control the helicopter yourself. This is possible across Germany at many of the 80 locations. A flight with the simulator is currently only possible in Haar near Munich.

Appointments can be arranged at any time. The times for the flight simulator are Tuesday to Friday from 14 p.m. to 21 p.m. and on weekends and public holidays from 10 a.m. to 22 p.m.

Ready to take off?

Whatever fits as a gift: The Heliflieger.com voucher